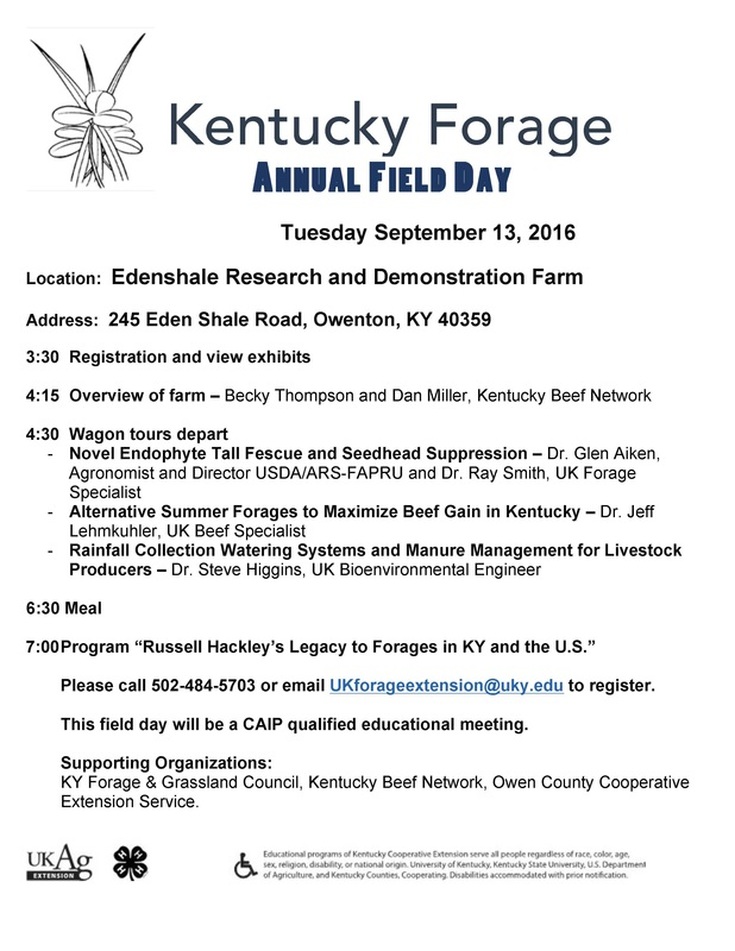 The Kentucky Cattlemen's Association Young Producer Council (YPC) is a group of 18-40 year old producers that have an interest in agriculture, particularly cattle production. The group meets several times a year throughout the state to tour successful farming operations and agriculture businesses.

On April 1st and 2nd the Kentucky Cattlemen's Association Young Producer Council (YPC) gathered for its spring field day in Calloway County, Kentucky. The weekend started out with a tour of Murray State’s campus and the Hutson School of Agriculture’s Farm. We were given a tour by the Department Head, Mr. O.L. Robertson.  We did a driving tour of main campus as well as visited three different Murray St production farms and their Arboretum.

One of the stops included a tour of their swine unit on the North Farm.  This unit was reestablished in 2012 and allows the students to receive hands on experience in a production setting. The swine unit raises pigs as show stock for 4-H and FFA kids. They have a sale each spring and have recently experienced 100% of their litters being sold as show pigs.  It was neat to see Murray State’s farm and the many different projects that they have going on. I would like say Thank You to O. L. Robertson and Dr. Davis for showing us around their beautiful facility.

The second day of our western Kentucky adventure took us to United Livestock Commodities (ULC) in Mayfield. Here owner Nick Smith and nutritionist Robby Hamilton showed us their confinement operation and how they are feeding cattle on some unique rations. They are utilizing peanut butter, Dunkin Donuts, and Dunkin Donut icing in their rations. They are using these products instead of corn mids to balance the energy requirements in the ration. They claimed that the cattle love the ration and the peanut butter flavor gets them on feed quicker than the traditional corn ration.  They have several thousand head of cattle on feed scattered out over both Marshall and Calloway Counties. We visited multiple monoslope confinement barns that held anywhere from 700 head, to a brand new 800 foot facility that houses 2,000 head under one roof. We also got to view a silage pit that could hold over 1,800 acres of corn.  Everything at their facility was done on a large scale for maximum efficiency.
​
The opportunity to witness these large confinement facilities and how they are managed was very educational for the group. We had a good group travel with us to western Kentucky for the weekend. I want to thank the folks from Murray and ULC for providing us with a great tour of the cattle industry in that part of the state. 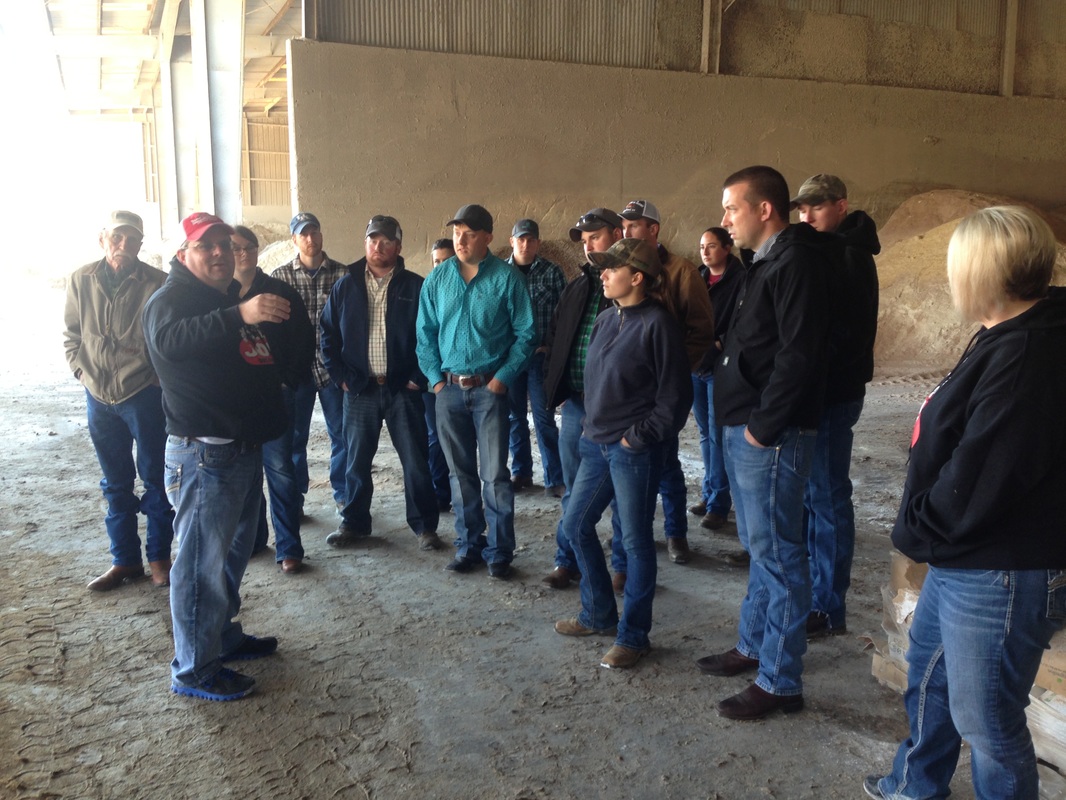 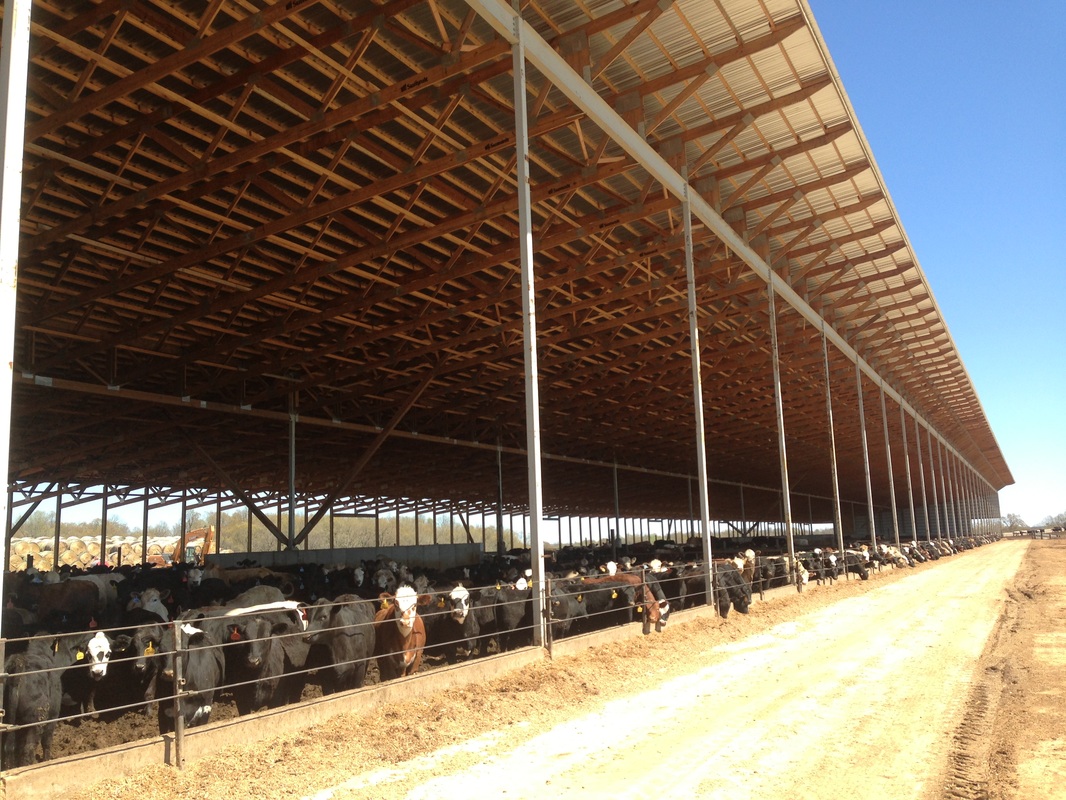 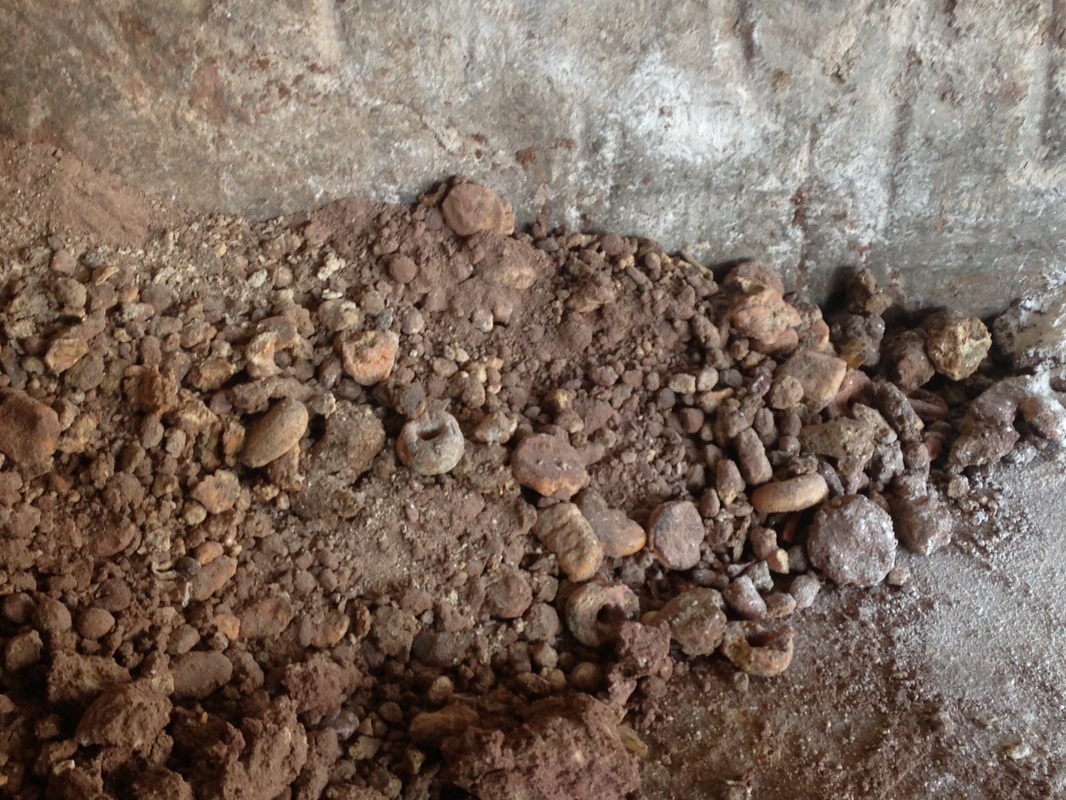 ​(old donuts that are mixed into the ration) 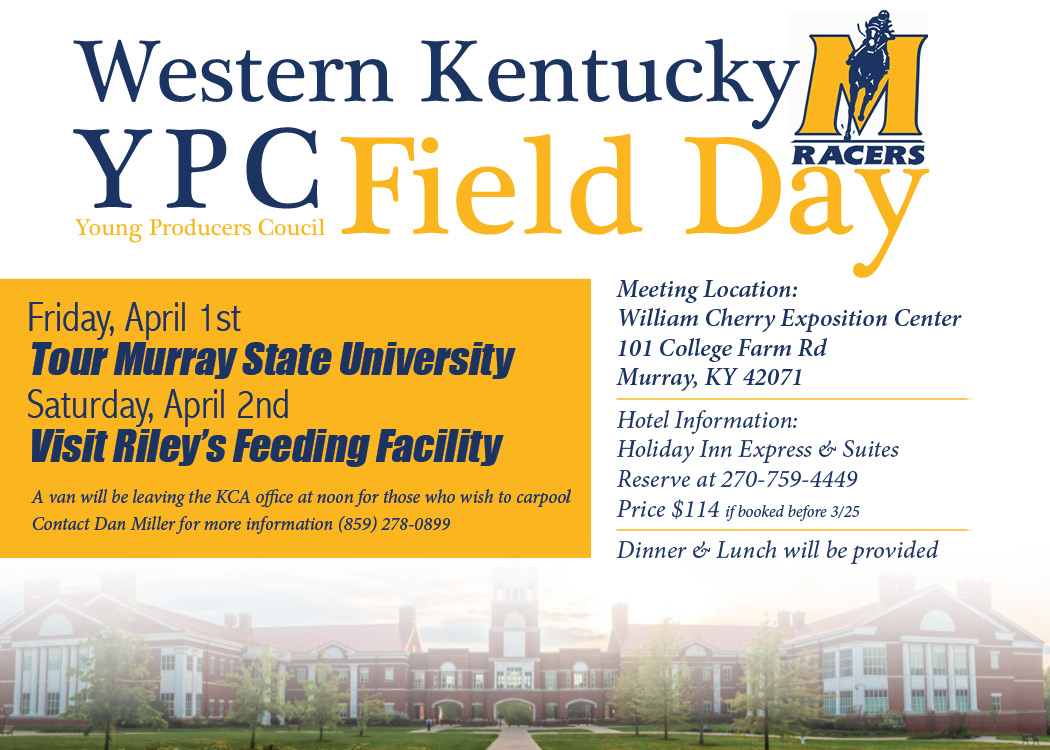 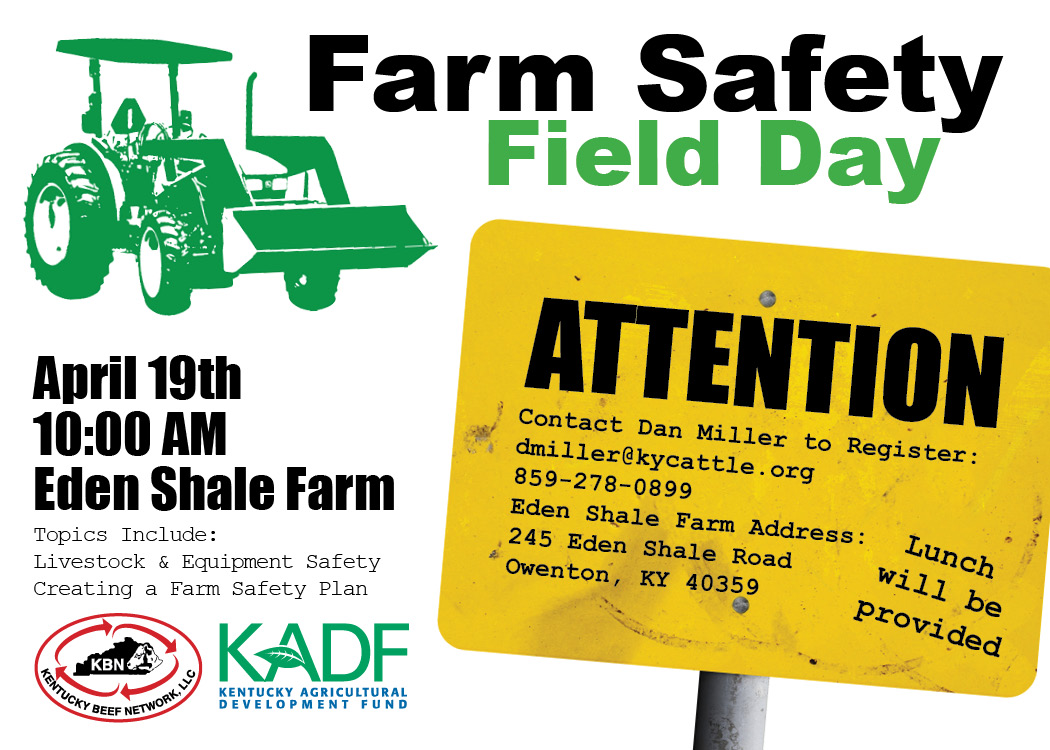 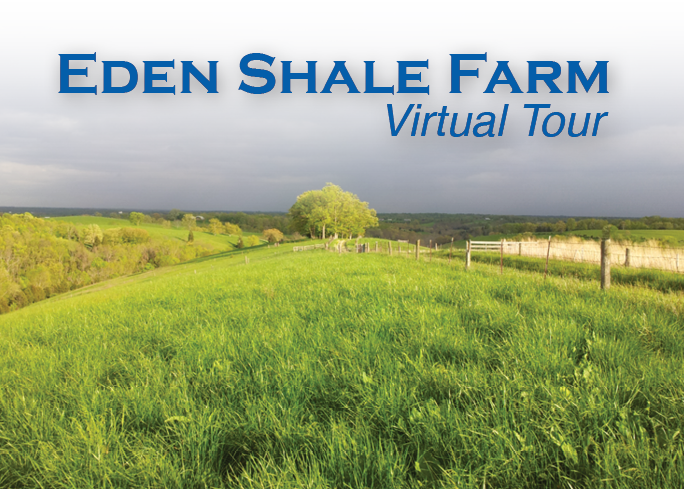 For more information and to take the virtual tour visit the Eden Shale Farm blog.

Advanced Grazing School to be held in April
February 19, 2016

The Master Grazer program will be hosting the Kentucky Advanced Grazing School at the UK C. Oran Little Research Unit in Versailles, KY on April 12, 2016. The program will be held in the pastures of the Beef Research Unit.
​
The advanced grazing school is designed to provide participants in-field learning opportunities and see forage management and grazing systems first hand. Topics that will be covered include: establishing new alfalfa stands, using alfalfa in a grazing system, and spring grazing of winter annuals.

Registration will begin at 5:00 p.m. EDT and the Grazing program will be over at 8:00 p.m. There is no registration fee for this program and dinner and refreshments will be provided. For more information please contact Master Grazer Coordinator Austin Sexten at (859) 257-7512 oraustin.sexten@uky.edu. 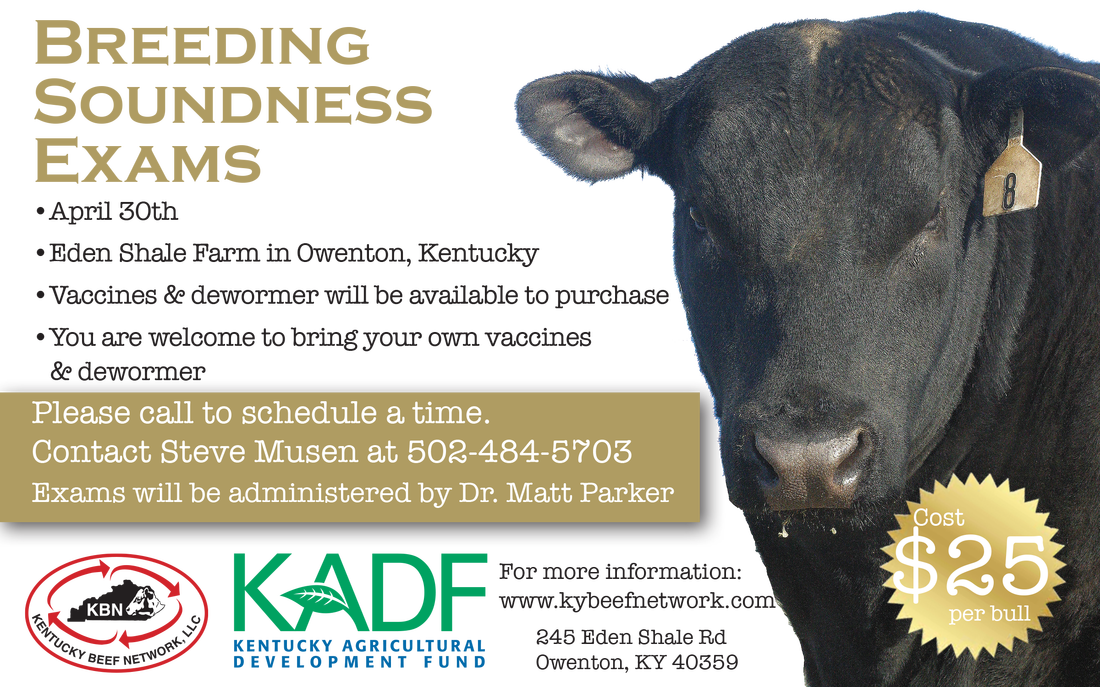 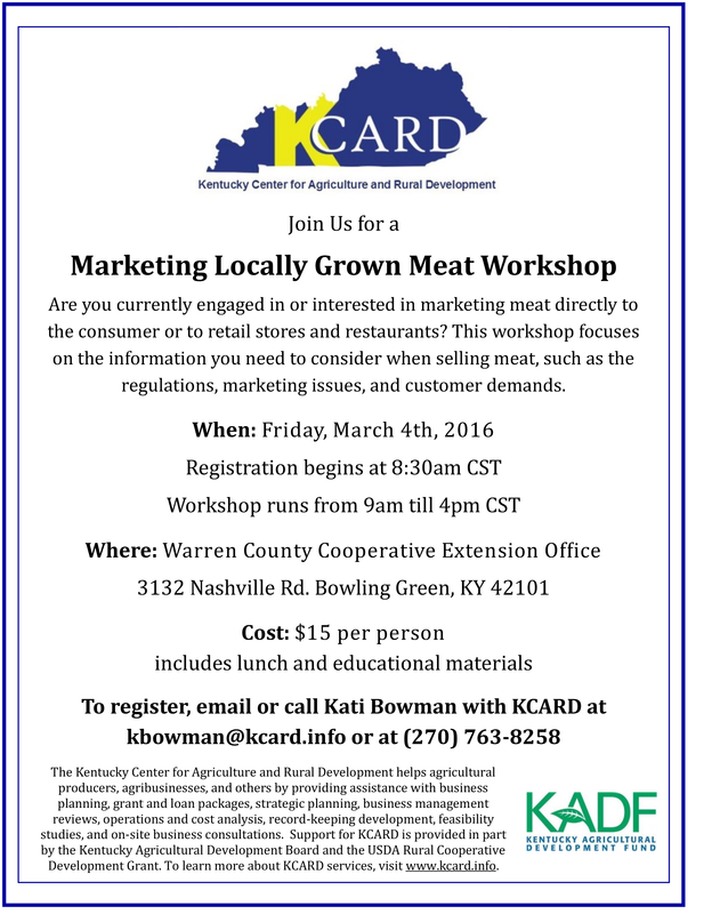 Tall fescue is a cool-season perennial grass found in pastures throughout the Eastern U.S., most commonly in the transition zone. It’s tolerance to extreme temperatures, drought, poor soil fertility, heavy grazing and pests have made it a reliable forage base for livestock pastures. KY-31 tall fescue has been quickly adopted by cattle producers since its release in 1943, and it now inhabits an estimated 40 million acres in the U.S. Soon after tall fescue’s adoption, cattle producers began to notice a reduction in animal performance and signs that animals were heat stressed. These symptoms were an indication of an animal disorder that would later be called “fescue toxicosis.” In the late 1970s, it was discovered that the issues with tall fescue were actually the result of a fungus living within some plants.
Read More Here.

The beef industry is always changing, sometimes very rapidly with regard to weather, market prices, fuel and other input costs. Add external forces such as national and world politics, economics, animal rights and consumer perceptions, and beef producers have many situations to manage and overcome to turn a profit.
​
The 2016 Mid-South Stocker Conference “The Next Decade, Capturing Opportunities,” aims to help stocker operators turn these challenges into opportunities to produce and market feeder cattle as efficiently as possible. Beef specialists from the University of Kentucky College of Agriculture, Food and Environment and the University of Tennessee will host the conference Feb. 18 at the Cave City Convention Center.
​For more information